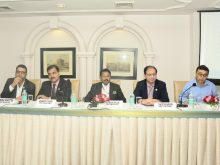 Chander Mansharamani has been re-elected as Vice Chairman of India Convention Promotion Bureau (ICPB) for another two-year term. Amaresh Tiwari and Girish Kwatra will also continue on their respective posts of Hon. Secretary and Hon. Treasurer. This was declared during the association’s 30th Annual General Meeting and Elections for the Governing Board held at The Ashok in New Delhi which was also attended by Suman Billa, Joint Secretary, Ministry of Tourism, Government of India and Chairman, ICPB. New appointments were made in the Hotel, Tour Operator and Congress / Convention Centres categories. The two new appointments in the hotel category were Hemant Mediratta and Saurabh Bhargava & Abinash Manghani (due to a tie for the second post). Gunjan Suri and Naveen Chibber took up the two new posts in the travel agency category while Ajay Vinayak and Anuj Wadhwa took the two posts in tour operator category. The post for the Congress / Convention Centres went to Sudeep Sarcar.

Talking about the key priorities for the bureau now, Chander Mansharamani, Vice Chairman, ICPB, said, “the government has been looking at us as the frontal organisation for marketing India as a convention destination. Keeping that in mind, we are completely invested to take things to the next level. Currently we have outlined three core areas to focus on; first is market creation wherein creating our chapters and bidding of international conferences will be a part of that. Market creation will involve conducting roadshows both in India and international markets. The second priority is Visa, lobbying and making the entire process easier to get a visa for delegates attending conferences in India and thirdly we want to sensitise the central and state governments on the benefits, financial gains, cost implications and social gains in holding a conference in India.” To begin with, ICPB will look at Maharashtra, Rajasthan and Telangana as states where they can set up their chapters and will likely commence with their first roadshow within a span of three months. 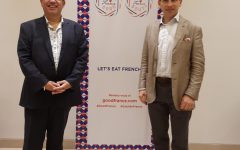