India’s hotel occupancy highest in May in a decade 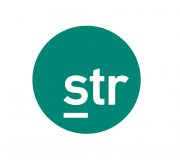 According to the latest monthly data from STR Global, India’s nationwide occupancy increased 5.4 per cent year-on-year to 61.4 per cent last month, which marked the highest absolute occupancy level for a May in India since 2007. And this extra demand is allowing hoteliers to hike their rates; India’s average daily rate (ADR) climbed 3.5 per cent to Rs. 5,406.77 (approx. $84) in May. These two factors combined to raise nationwide revenue per available room (revPAR) by +9.1 per cent to Rs. 3,319.71. RevPAR has now increased 4.2 per cent during the first five months of 2017, driven by strong domestic tourism and rising affluence among India’s growing middle class. Specifically in May, hotel demand was supported by the Indian Premier League cricket and the African Development Bank annual meetings in Ahmedabad.