Myanmar’s Mandalay to be connected to Imphal under ‘International UDAN’ 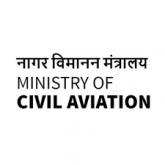 The Ministry of Civil Aviation has recently announced that the Imphal-Mandalay route will soon be included in the ‘International UDAN’ scheme. Manipur government had been pursuing the introduction of flight operations between Imphal and Mandalay for quite some time, but instead of a scheduled flight service, permission for chartered flights just for a limited duration of time was granted. The bidding process for selection of airlines to be completed within two months. The service was launched on 23 November and will be run till December 7.