Indian passport holders with a valid American visa or a Green Card can avail visa on arrival in the United Arab Emirates. The entry visa will be issued upon arrival as per the decree approved by the UAE Cabinet. The decision aims at advancing the UAE-India relations in economic, politics, and trade. It contributes to achieving UAE’s vision to be the leading country in attracting global tourism. “Citizens of the Republic of India who are holders of normal passports with a six-month, or more, valid green card or visa issued by the United States of America shall be granted entry visas to the UAE from all ports for a period of 14 days, subject for a single renewal for the same period upon payment of applicable fees,” an official statement said. The number of Indian tourists coming to the UAE last year reached about 1.6 million Indian tourists, and there were about 50,000 UAE tourists who visited India in the same year. There are about 143 flights a day between the UAE and Indian cities, at a rate of 1000 flights per week.
The UAE-India trade has grown to around $60 billion per annum as per the latest figures, making India the second largest trading partner of UAE. The UAE exports to India totaled $27 billion while Indian exports to UAE totaled $33 billion.
India is investing about $70 billion in the UAE through 45,000 Indian companies, while the UAE is investing $10 billion in the Indian sectors of energy, metallurgical industry, services, technology and construction.
A number of UAE companies invest and operate in India such as Abu Dhabi Investment Authority (ADIA), Abu Dhabi National Energy Company (ADNEC), Emaar, and Dubai Ports World (DPP), which currently operates in six major ports in India. 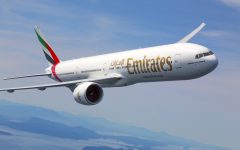 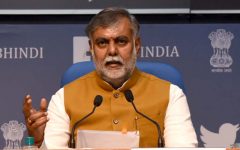 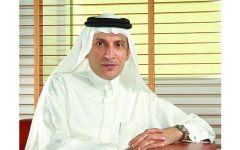