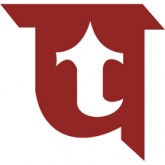 India Tourism Development Corporation (ITDC) has recently signed a MoU with Hyderabad-based firm, Suraas Impex for developing a mega tourism destination project at Bhairav Lanka in Kakinada, East Godavari District of Andhra Pradesh at an estimated cost of Rs 550 crores. This is the first-of-its-kind project for the state-owned ITDC, which got preferred against several private contenders.
ITDC will be the Consulting Agency as well as Implementing Agency for the DPR and the execution which shall be taken up in three stages, i.e., preparing the DPR, implementation of project costing around Rs 550 crores and implementation of second phase of the project.
ITDC has been the prime mover in the progressive development, promotion and expansion of tourism in the country. The Division has completed 67 infrastructure projects for Ministry of Tourism, Ministry of Culture and various state governments. The division has also prepared more than 85 DPRs for various tourism projects in the country. The corporation provides Engineering Consultancy Services through its full-fledged Ashok Consultancy & Engineering Services Division. It undertakes development of tourism infrastructure projects from concept to commissioning.