Kerala trade hopes to be back in business by September 1 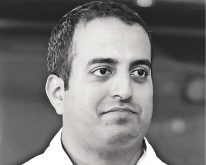 After the severe floods in Kerala, the tourism industry in the state is geared to be back in business by September 1, 2018, says Sejoe Jose, Chairman, IATO Kerala Chapter. “The airports are expected to open on August 26, and even if we keep a buffer owing to DGCA permissions, it should be operational by September 1. In fact, the airport management is insisting to resume operations from August 26,” he adds.
Jose insists that tourists would be able to visit Kerala starting September. “Kerala would be ready to receive guests from the first week of September. However, nobody is expecting the bookings to start immediately as it is going to take time. There have been cancellations as well. At a recent meeting with KTM Society, we estimated a loss of Rs 1000 crores for the tourism industry, for people directly and indirectly affected. The loss owing to cancellations is estimated to be around Rs 120 crores,” he informs.