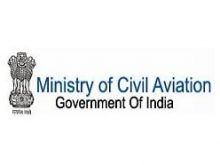 Ministry of Civil Aviation (MoCA) has set up a single-window clearance mechanism to expedite various investment proposals in the domestic aviation industry. “MoCA has an Investment Clearance Cell (ICC) for prompt assistance and clearance,” the ministry mentioned in a tweet recently. According to MoCA the setting up of the ICC was announced by Finance Minister Nirmala Sitharaman in 2020-2021 Union Budget in February this year. The cell was also set up following an order from the Department of Promotion of Industry (DPIT) on July 1 in this regard. The 10-member ICC will be headed by Amber Dubey, Joint Secretary, MoCA. The ICC has been mandated to serve as a single-window system for attracting investment and its terms of reference include accelerating investments, bringing projects to the Empowered Group of Secretaries (EGoS) which require special incentive, policy interventions, expeditious clearances and systematic references, among others, the MoCA order said.