MOT to close 7 foreign offices, new office at Moscow on the cards 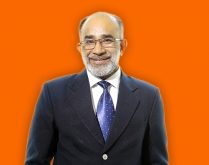 The Ministry of Tourism has decided to close its foreign offices at Los Angeles, Toronto, Sydney, Amsterdam, Paris, Milan and Johannesburg. Alphons Kannanthanam, Minister of State (I/C) for Tourism, confirmed the news saying that they will be closing a few international offices in the near future. According to an official release from the MOT, the ministry will open a new office at Moscow. Thus, the Ministry of Tourism will now have offices at New York, Dubai, Frankfurt, Moscow, Beijing, Tokyo, Singapore and London.