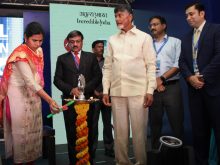 The 8th Annual Convention of Association of Domestic Tour Operators of India (ADTOI) held at Hotel Novotel Visakhapatnam Varun Beach received over 300 delegates from across the country. The convention was inaugurated by Nara Chandrababu Naidu, Chief Minister of Andhra Pradesh; Bhuma Akhila Priya, Minister of Tourism, Telugu Language and Culture, Government of Andhra Pradesh and Mukesh Kumar Meena, Secretary-Tourism and Culture, Government of Andhra Pradesh along with other dignitaries from the state and ADTOI. The event initially saw over 340 registrations but had to refuse many due to logistical concerns.
Naidu commented, “I really appreciate the efforts of the domestic tour operators in promoting their country by bringing to forefront the unexplored jewels of India.”
Priya added, “Vizag is the City of Jewels, the crown of the sunrise state—Andhra Pradesh. We are planning to make the state a favourable tourist destination by not only promotional activities but also by creating adequate infrastructure.”
P.P. Khanna, President of ADTOI, shared, “The idea to hold our convention in Vizag was to identify newer destinations that domestic tour operators can add to their portfolio and promote the state of Andhra Pradesh with its wide variety of offerings from beach tourism, agritourism, ecotourism, MICE, weddings, spiritual tourism and the Buddhist circuit.” 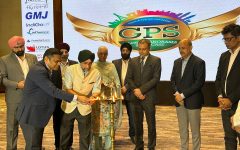