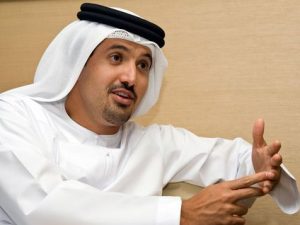 India retained the top spot on Dubai’s list of source markets in 2017, contributing 2.1 million visitors and becoming the first country to cross the two-million mark in a single year. The country’s performance represented a 15 per cent year-on-year increase and validated, among other factors, the success of Dubai Tourism’s ongoing collaboration with Bollywood superstar Shah Rukh Khan in the #BeMyGuest campaign. Commenting on the annual performance, His Excellency Helal Saeed Almarri, Director General, Dubai Tourism, said, “Under the visionary leadership of His Highness Sheikh Mohammed Bin Rashid Al Maktoum, Vice-President and Prime Minister of the UAE and Ruler of Dubai, the emirate has continued to capture share of the global outbound travel market, complemented by a significant increase in tourism-driven economic contribution to the country’s GDP.” Driven by India, the South Asia region, in the third place, contributed an 18 per cent share of over 2.8 million visitors, up a strong 10.6 per cent, followed by the Middle East and North Africa (MENA), and North and South-East Asia regions sharing the fourth position, each contributing close to 1.7 million visitors and independently commanding 11 per cent share, the former recording a 3.2 per cent increase and the latter, an impressive 23.6 per cent over 2016 visitation figures. 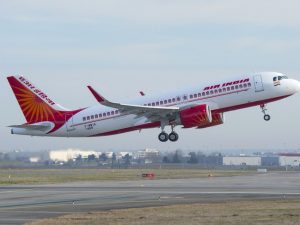 Air India will get a one-time grant of 750,000 euros from Israel for launching direct flights between New Delhi and Tel Aviv, likely to be rolled out next month. “The conditions of the directive includes a grant of 250,000 euro per weekly flight, up to a total of three weekly flights. It is a one-time grant for an airline opening a new direct route into Tel Aviv (TLV) from a destination that has potential for incoming tourism,” said Lydia Weitzman, a spokesperson for the Ministry of Tourism. Informed sources said that the Indian flag carrier could start its direct flights into Israel from New Delhi on March 20, flying thrice a week on Tuesdays, Thursdays and Sundays. Dubbed a game changer in Israel’s efforts to promote inbound tourism from India, Air India’s direct flight between New Delhi and Tel Aviv would be operating on the shortest route and is expected to bring down significantly the cost of travel between the two countries. “The number of tourists from China to Israel doubled in one year after the start of direct flight by Hainan Airlines. We expect something similar with India,” said Amir Halevi, Director General, Ministry of Tourism, Israel. SOURCE: PTI

Passenger demand in airlines rose 7.2 per cent in October compared to the same month last year, according to global passenger traffic results by International Air Transport Association (IATA). The capacity grew 6.2 per cent and load factor climbed 0.8 percentage points to 80.8 per cent, a record for the month. October’s performance was a strong rebound after the hurricane-related disruptions in September. Domestic and international travel growth largely was in balance. “As expected, the recent severe weather in the American region had only a temporary impact on the healthy travel demand we have seen this year, and we remain on course for another year of above-trend growth,” said Alexandre de Juniac, IATA’s Director General and CEO. For Asia-Pacific carriers, the large markets in India, China and Japan mean that domestic travel accounts for 45 per cent of the region’s operations. Asia-Pacific airlines led all regions with traffic growth of 10.3 per cent compared to the year-ago period, which was up from an 8.7 per cent rise in September. Capacity climbed 8.4 per cent and load factor rose 1.3 percentage points to 78.0 per cent.

India is the top international source market for Dubai as per the latest 2015 annual figures revealed by Dubai’s Department of Tourism and Commerce Marketing (Dubai Tourism). With a year-on-year growth of 26 per cent, bringing in over 1.6 million tourists, India was the second fastest growing top 10 source market for Dubai Tourism in 2015. Overall, Dubai attracted more than 14.2 million overnight visitors, recording a strong 7.5% increase over 2014 – double the United Nations World Travel Organisation’s (UNWTO) projected 3-4% global travel growth for the same period. South Asia has been one of the largest regions by volume bringing in 2.3 million visitors reflecting a 21.7% increase versus 2014. His Excellency Helal Saeed Almarri, Director General, Dubai Tourism, said “2015 has been a very strong year for Dubai’s travel sector with double the global industry growth levels firming up our position as the fourth most visited city in the world. South Asia, especially India, has performed phenomenally well. India has always been a key market for us and we believe our efforts to adopt a highly segment-specific approach in cities with the highest connectivity and latent capacity, as well as building stronger trade ties in market with digital travel intermediaries, have yielded results and will continue to enable Dubai capture share of the growing Indian upper middle-class family and business segments. His Excellency Almarri added, “Repeat visitation from Indian travellers remains a priority and as our destination proposition continues to grow and diversify, we are better placed than ever to continually offer visitors more reasons to come back time again, whether for leisure or as part of an ever increasing business and event line-up. We are also seeing …