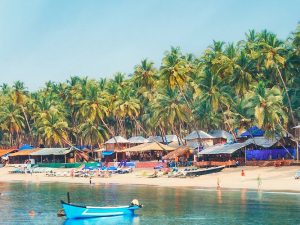 Goa government and TTAG have urged the Centre to extend e-visas facility to UK travellers. If e-visas are not issued to Britishers in the coming tourist season, the trade fears fewer British visitors will visit Goa. The UK has been excluded from the list of nations that are eligible for e-visas. “We are expecting some positive news in the next 15 to 20 days,” Nilesh Shah, President Travel and Tourism Association of Goa (TTAG).

Goa to bring all tourism stakeholders on a single platform 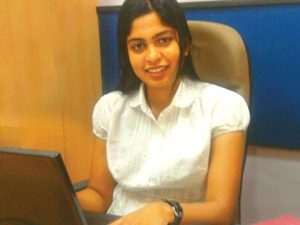 The Goa Tourism Development Corporation (GTDC), Government of Goa has started work on getting all its tourism stakeholders under the organised sector. It has outsourced this to Goa Electronics that will do data collection of all tourism stakeholders right from travel agents, tourist guides, taxi drivers as well as hotel owners and bring them on a single platform. Revati Mujumdar, CEO and Executive Director, Goa Electronics, says, “Part of the framework or data structure for collation is already happening. A majority of stakeholders have been brought onto the database.” She also spoke about working on product personalisation for every tourist entering Goa using Artificial Intelligence, but that is a few years down the line. Goa Electronics is associated with GTDC for developing and maintaining its website, its app and the state-owned online hotel bookings.

GMR Airports Limited (GAL), a subsidiary of GMR Infrastructure Limited, signed the Concession Agreement with Goa Government for the development and operation of north Goa’s Greenfield International Airport at Mopa. The agreement is signed by R.V. Sheshan, CEO, GMR Goa International Airport Limited (GGIAL) and R.K. Srivastava, Chief Secretary, Government of Goa in the presence of Laxmikant Yashwant Parsekar, Goa Chief Minister, Srinivas Bommidala, Chairman-Airports, GMR Group and other dignitaries. As per the concession agreement, GMR will design, build, finance and operate the international airport for 40 years with extension option for another 20 years. The construction period for the first phase of the project is three years from the date of financial closure and is expected to be operational by mid of 2020. Srinivas Bommidala, Chairman-Airports, GMR Group, said, “We are excited about the project and the opportunity to partner with the Government of Goa. GMR Group has already delivered landmark airport assets for the Country. Delhi International Airport which is the ‘Gateway of India’ today ranks as the Number One Airport in the World in its category. This has brought tremendous pride to the Country and all Indians. Worldwide airports have been the economic engine of the Country/Region, and Delhi Airport has tremendously boosted not only the India’s economy but also the Delhi State economy. GMR Group very humbly takes pride in being the custodians of these national assets thus contributing towards our Hon’ble Prime Minister Shri Narendra Modi’s vision of developing a progressive India.