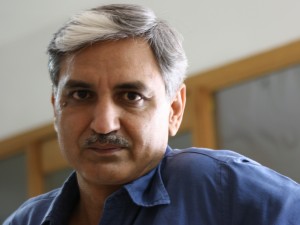 Mauritius Tourism Promotion Authority will conduct a five-city roadshow in India from February 27 to March 4, 2017,  covering Chandigarh, Pune, Hyderabad and Kolkata. The roadshow will enable Indian trade partners in each city to interact with Mauritian delegation comprising airlines, resorts, attractions, DMCs, among others. Vivek Anand, Country Manager, MTPA India, said “We are conducting this Roadshow so that the Indian tour operators, MICE companies and wedding planners learn more about the destination and have an opportunity to meet and explore ways to collaborate with the Mauritian suppliers”. 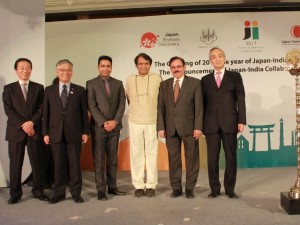 Japan will open 13 new visa application centers in India. The centers will be opened at Gurgaon, Jaipur, Kolkata, Mumbai, Pune, Ahmedabad, Goa, Bengaluru, Kochi, Thiruvananthapuram, Chennai, Puducherry and Hyderabad. This was informed by Ryoichi Matsuyama, President, Japan National Tourist Office at the opening ceremony of the 2017 the year of Japan-India Friendly Exchanges and the Announcement of Japan-India Collaboration Film Project. “Last year Japan saw 120,000 Indian arrivals whereas 230,000 Japanese visited India. Though the number of Indians visiting Japan is steadily increasing, the current figure is yet modest despite the vast size and scale of India and more so given the long-standing relationship between the two countries,” said Matsuyama. The Japan-India Collaboration Film Project was also announced. The event was attended by Kenko Sone, Minister, Economic and Development, Embassy of Japan; Suresh Prabhu, Railway Minister, Government of India, Amitabh Kant, CEO, NITI Ayog, Government of India, Kenchi Takano, Executive Director- Preparation Office for New Delhi, JNTO amongst others. His Excellency Kenji Hiramatsu, Ambassador of Japan to India added that there will be a number of cultural and tourism related events are planned to be held all around India in 2017. 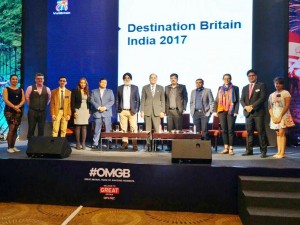 VisitBritain is organising a three-day destination showcase in Pune for travel agents. The showcase started with a panel discussion on the travel trends which included panellists from the industry. Followed by two days of B2B appointments with the sellers. There were 76 buyers from across 9 cities and 28 suppliers from 25 organisations present at the showcase. Previously, VisitBritain had hosted the destination showcase in Delhi and Mumbai and this year in Pune. On the occasion, Sumathi Ramanathan, Director-Asia Pacific, Mid East & Africa, VisitBritain, commented, “We want to explore the opportunities that the Pune market has to offer and we see good potential is this market as well when compared to the other cities in India.”

As part of its two year celebration, Vistara has increased its frequency between Delhi and Pune, starting January 9, 2017, to twice a day. The airline now offers a daily morning and evening departure from Delhi, except on Saturdays. The rapidly growing airline connects 20 destinations across India and a fleet of 13 A320s, serving more than 500 flights a week at present. Phee Teik Yeoh, CEO, Vistara said, “We complete two years today and we are still as excited as we were on the day Vistara was born! It is extremely heartening to see that we have carved a niche for ourselves in the Indian aviation industry with our extraordinary products and services. Together with my entire team, I say a big ‘thank you’ to each and every customer and trade partner of ours, who has believed in us and helped us become stronger and more confident. It has been a challenging, yet extremely satisfying journey so far, and we promise to continue offering a seamless, world-class flying experience to our customers.” As part of the second anniversary celebrations, Vistara, in association with the NGO, Round Table India, took off with a group of less-privileged children and enabled a ‘Flight of Fantasy’ for them to Ahmedabad, where they had a day packed with fun-filled and educational activities, including visit to the Gandhi Ashram, play-acting the professions of their dreams at Kankaria Kids City and a boat ride to have the time of their lives. To celebrate the momentous milestone with its customers, Vistara has curated an exclusive menu of delectable desserts like Banana & Praline Bavarois and Toasted Almond & Chocolate Parfait, which is being served on especially designed … 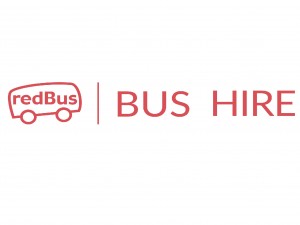 redBus has launched its latest service, called Bus Hire, which would offer customers mini-buses or tempo-travellers if they are seeking to hire buses. Bus Hire will provide a one-stop access to leading chartered bus providers in a particular city who offer best-in-class vehicles and superior service quality. The platform gives transparent and all-inclusive prices along with value added information such as bus photos and convenient payment options to help customers make an informed and suitable choice. This service is presently available in seven cities across India- Bangalore, Mumbai, Pune, Chennai, Hyderabad, Delhi, and Ahmedabad and is soon being extended to other towns. The range of vehicles that customers can choose from is very extensive, and includes luxury buses, regular buses, mini buses, tempo travellers and cars. Prakash Sangam, CEO, redBus.in, expressed his enthusiasm about the new service, commenting, “Often group travel such as corporate outings, weddings and pilgrimages require a full vehicle to be hired. There was no easy way for travellers to connect with multiple vehicle providers to hire a bus of their choice. With our new Bus Hire product, we aim to simplify the process by providing customers with a customised, transparent and quick method of evaluating and choosing among different vehicle options. For charter bus operators, it opens up another avenue for attracting customers and growing their business.” Once a customer provides basic details of his or her desired trip, the bus operators on redBus Bus Hire platform respond with quotations that are transparent and all-inclusive. The base fare, driver charges, tolls, permit fees and taxes are all specified in the quotations. Customers can also view images of the bus before they confirm a booking. Customers can …

Air India will connect Pune to Chandigarh for the first time with a direct flight from January 16, 2017. This new flight is yet another move to promote regional connectivity by the national carrier. The flight, AI 813 will take off from Chandigarh at 1050 hrs and arrive in Pune at 1320 hrs. The return flight AI 814 from Pune will depart at 1400 hrs and land in Chandigarh at 1630 hrs on all days except Saturday and Sunday. The non-stop flight will operate with an Airbus A-320 aircraft on the Pune-Chandigarh-Pune route. It will provide a much needed connectivity between the two cities and will help to promote industrial development and at the same time also give a fillip to tourism as passengers can avail of good connectivity to holiday destinations such as Kulu, Shimla and Manali in the north and Lonavala and Shirdi near Pune.

Air Asia India plans to increase its flight connectivity between Bengaluru, Pune and Goa. The low-cost carrier will now operate two flights from Bengaluru to Pune, adding to the frequency to its current one daily flight between these cities. Also, the airline will operate its fourth daily connection between Bengaluru and Goa, starting December 18. “Our flights from Bengaluru to Pune are doing extremely well, so are our three existing connections to Goa. We see immense demand in this sector. We are confident that this new connection is going to be well received by our guests,” said Amar Abrol, Chief Executive Officer and Managing Director, Air Asia India. The Bengaluru-based budget carrier currently flies to 11 destinations with its two hubs in Bengaluru and New Delhi covering Chandigarh, Jaipur, Guwahati, Imphal, Pune, Goa, Vizag, Kochi and Hyderabad. 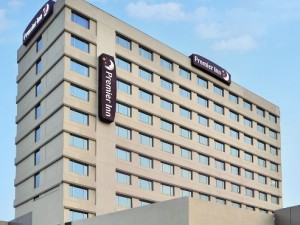 A portfolio of seven Premier Inn hotels located in two of Thailand’s top destinations, Bangkok and Pattaya, as well as India’s most visited cities, New Delhi, Chennai, Bangalore, Pune and Goa, are being offered for sale through an international tender process with JLL Hotels & Hospitality Group. The tender for bids is scheduled from December 19 to 23, 2016. Owned by UK company Whitbread Hotels & Restaurants International, the portfolio offers two hotels in Thailand with a collective key count of 388: one property is located in the heart of Bangkok’s retail and entertainment precinct, Sukhumvit Soi 11, and is set to be completed in the first half of 2017; the other hotel is minutes away from Pattaya’s popular Second Road and enjoys close proximity to the town’s beaches, retail malls and famous Walking Street. Premier Inn’s India portfolio, comprising five hotels in prime locations in the nation’s best performing cities, will be among the largest hotel portfolios offered in India in recent times, with a total of 583 room keys. “Hotel portfolios with vacant possession, occupying prime central locations and of this scale are rare and hard to come by in the current market,” says Mr Mike Batchelor, Managing Director of Investments Sales, JLL Hotels & Hospitality Group, Asia. “There is an expected high level of interest from global, regional and domestic investors attracted to this opportunity as they are able to immediately rebrand the hotels to the operator of their choice upon purchase.” India continues to be ranked as one of the fastest growing economies in the world with a 2016 forecast GDP growth of 7.6 percent. On India’s growing hospitality investment sector, Paul Chakkrit, Senior Vice President, … 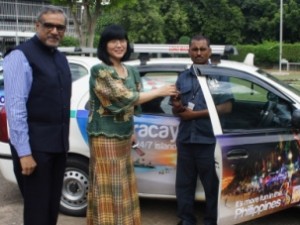 Optimistic by the increasing number of tourists from India, the Department of Tourism (DOT) Philippines along with Her Excellency, Ma. Teresita C.Daza, Ambassador, Republic of Philippines to India launched 135 branded taxis in New Delhi as part of a promotional campaign. Through it, the country attempts to raise awareness of the lesser known places, as well as the popular cities. Speaking at the launch, the ambassador said, “This is one way of raising awareness about the Philippines as each taxi displays various destinations from the country. We hope to encourage more and more Indian travellers to visit the country. The Philipppines has a lot to offer and its slogan, ‘It’s more fun in the Philippines’ has been very helpful in attracting more tourists.” Additionally, 100 radio cabs were branded in Ahmedabad and Pune earlier this year in an attempt to promote the destination. 2015 recorded a growth of 22.36 per cent over the previous year with 74,824 Indians visiting the country. 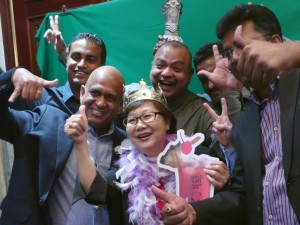 Singapore Tourism Board recently organised a 10-day, six-city road show across key markets in India and Colombo in Sri Lanka. Themed “Extending Hands in Partnership”, the delegation was led by GB Srithar, Singapore Tourism Board’s (STB) newly appointed Regional Director for South Asia, Middle East and Africa (SAMEA). The initiative is envisioned as an annual platform for the region’s trade partners to get updated on the latest leisure and MICE offerings in Singapore. The Singapore delegation comprised representatives from top hotels, cruise liners, attractions, airlines and Destination Management Companies (DMCs), which travelled to the cities of Colombo in Sri Lanka and then to the Indian cities of Pune, Ahmedabad, Kolkata, Lucknow and Jalandhar. The sessions saw an enthusiastic turnout from travel trade professionals with an average participation of 135 agents per city. Srithar said, “As we move into the next exciting phase of promoting Singapore to wider audiences in tier II cities, we look to fostering closer strategic and tactical partnerships with the travel trade to entrench the positioning of Singapore as one of the must-see destinations for the Indian audiences.”