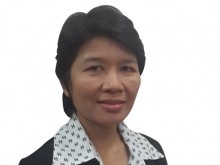 The Tourism Authority of Thailand (TAT) Mumbai has set its targets at 11 lakh tourists (1.1 million) for Indian arrivals by this year end. Soraya Homchuen, Director, TAT Mumbai, said, “Arrivals from India had already crossed 8,00,000 by the end of August 2016 and we are positive that India will achieve its arrivals target of 1.1 million by the end of the year. Indians have become tremendously savvy with checking on the on-ground situation in Thailand rather than falling for the odd sensationalist report that might crop up.” The Ministry of Culture is also giving free access to national museums and historical parks until 31 January, 2017 despite the mourning period. Moreover, the Ministry of Tourism and Sports, in collaboration with the public and private tourism sectors and TAT, is offering tourists as well as locals free bus service covering four routes from the National Stadium, Victory Monument, Wongwian Yai BTS Station, and the Bangkok Bus Terminal in Talingchan, to Sanam Luang. There were over 500 buses taking part in the initiative which will be open until 13 November, 2016.