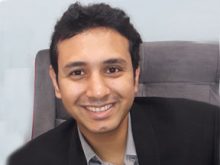 The Fern Hotels & Resorts is all set to open 20 Fern and Beacon
Hotels across India and Nepal in the year 2019, said Suhail Kannampilly, COO, The Fern Hotels & Resorts. Out of these 20 hotels, two will be opened in Nepal – one in Kathmandu and second in Bharatpur, he informed. This will take the tally of the hotels managed by the group to 76, on our target to open 100 hotels by the year 2020, Kannampilly said.
The 20 new hotels expected to open in the current year are located in Aurangabad, Bengaluru, Bharatpur (Nepal), Bhopal, Goa (Verna), Indore, Karad, Kathmandu, Kolhapur, Kumbhalgarh, Lonavala (2 hotels), Manali, Morbi, Polo Forest (Gujarat), Sarnath (Varanasi), Satara, Shivamogga, Solapur and Surat.
The year 2018 witnessed The Fern successfully foraying into cities like Belgaum, Bhuj, Dwarka, Jamnagar, Madhavpur (Gujarat), New Delhi, Parbhani (Maharashtra), besides taking over the operations of a hotel in Kathmandu. The footprint of the brand was further established in locations like Goa, Jaipur, Rajkot and Udaipur, where the company opened second and third hotels in the same city.