At the recently-concluded Round Table on Tourism on the sidelines of the Russian Indian Summit 2018, Ivan Breganov, Regional Manager of IFS (Russian Visa Center) confirmed that the number of tourist visas issued from January to September 2018 has already surpassed the total number of visas issued in 2017, pegging the YoY growth around 27 per cent. The round table was organised by Russia Expo Center, Moscow along with Russian Information Center, Mumbai (RIC) with more than 120 trade professionals from India attending along with TAAI MC Member Rajan Sehgal and EEMA Executive Vice President Sanjiv Pasricha making the keynote address along with Timur Vekilov, Chief Representative in India of Russ Expo Center.
The round table moderated by Paresh Navani, Director, Russ Information Center discussed the needs and special services required by Indians and ways to address the same. In this regard, Russ Information Center announced the pre-launch of Ural Airlines set to begin operations from March 24, 2019 connecting Mumbai to Yekaterinburg and Moscow along with some tourism products to take advantage of the new airline service between the two countries, further RIC presented its ‘Indian Friendly’ programme to the Indian travel trade, the Indian friendly programme trains Russian hotels on Indian culture, cooking Indian dishes and ensure that other specific needs are provided to Indians in Russia.
Another point noted by the attendees was that tourists from Russia to India has also grown over the last years by around 29 per cent, showing good recovery of arrival compared to the past few years. 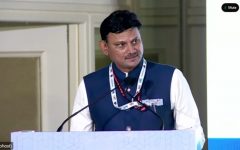 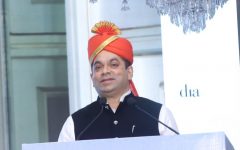 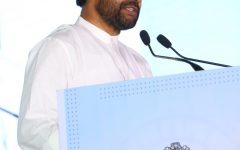