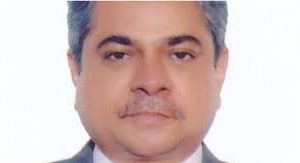 Senior IAS officer Arvind Singh has been appointed as the chairman of Airports Authority of India and Sukhbir Singh Sandhu will head the National Highways Authority of India as part of a major bureaucratic reshuffle effected by the Centre. Singh is at present working in his cadre-state Maharashtra. He has been appointed as the chief of AAI in the rank and pay of additional secretary, an order issued by the personnel ministry said. 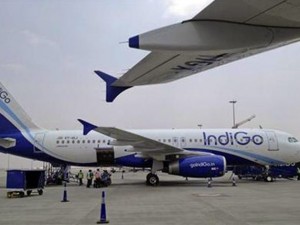 IndiGo reports net loss of INR 10,620 million and EBITDAR of INR 2,564 million for the quarter ended September 2019. Mark-to-market losses on capitalised operating leases of INR 4,282 million and higher maintenance cost of INR 3,190 million significantly impacted profitability. The Company’s CEO, Ronojoy Dutta said, “In a historically weak quarter, we registered a negative profit before tax margin of 12.7% compared to 16% margin loss registered in the same quarter last year. While our revenue performance was much better during the quarter, the losses were accentuated by forex losses on operating lease liabilities created under IND AS 116, and re-assessment of accrual estimates for future maintenance cost. We remain focused on our growth plans and are expanding both domestically and internationally. We added 7 new domestic destinations and 6 new international destinations this past quarter and are looking to further grow our network profitably.”

AirAsia India to increase its fleet size to 29 by December: COO, Sanjay Kumar

Sanjay Kumar, Chief Operating Officer, AirAsia has said that AirAsia India will increase its fleet size to 29 aircraft by December-end, as it aims to increase frequencies to metro cities and prune unprofitable routes in the upcoming winter schedule. The airline currently has 23 aircraft and will induct two aircraft in the next fortnight. “We don’t want to spread too thin and operate at stations with only one flight or so. Our aim is to strengthen our network, especially in metros, and have multiple frequencies between two cities,” said Kumar. DGCA has approved the operation of 1,345 departures every week by AirAsia India in the upcoming winter schedule between October 27 2019 and March 28, 2020. This is an increase of 326 departures every week compared to the corresponding period of the previous year. This will lead to the airline increasing the frequencies of flights on busy metro routes, including Mumbai-Pune, New Delhi-Chennai, Delhi-Bengaluru, New Delhi-Hyderabad, Guwahati-New Delhi, Guwahati-Kolkata, Guwahati-Bengaluru, and New Delhi-Srinagar. AirAsia India operates 175 daily flights to over 20 destinations across the country, including New Delhi, Mumbai, Bengaluru, Hyderabad and Kolkata.

Indian carriers to increase their fleet size to 1,100 aircraft by 2027: Report

Invest India, the National Investment Promotion and Facilitation Agency, has revealed that India aims to become the third-largest aviation market globally by 2024. According to the report, India plans to revive its aviation infrastructure by redeveloping 200 airports and airstrips, thus creating numerous investment possibilities for global investors. The report also states that, Indian carriers plan to increase their fleet size to 1,100 aircraft by 2027.

Alitalia recently launched its B2B community platform, called ‘Alitalia Connect’, in Italy to offer personalised relationship between Alitalia and its B2B customers like travel agencies, companies and SMEs. Now, the Italian carrier is set to launch ‘Group Connect’, a web platform under Alitalia Connect in India on November 13. Group Connect is aimed to manage and speed up quotations and group bookings, revealed Nicola Bonacchi, Vice President, Leisure Travel Sales, Alitalia. Other prominent features of ‘Group Connect’ include requesting an offer, booking a group and having the quotation and the contract in real time, monitoring the contract terms and conditions, changing the reservation (increasing or decreasing the group) and entering passengers’ names in the system. The platform offers increased flexibility, allowing the agent to customise the conditions to be chosen based on customer’s characteristics and period. 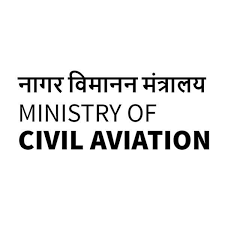 The Ministry of Civil Aviation would seek Cabinet approval for privatising half a dozen more airports by the first week of December. The six airports up for privatisation are Varanasi, Amritsar, Bhubaneswar, Trichy, Indore and Raipur. An official source said, “The Airports Authority of India (AAI) board has approved the plan. We will seek in-principle approval of the Cabinet now. Once it is approved, the bidding process would start.”

AAI plans to monetise 759 acre of land near 8 major airports;hotels, warehouses to be setup 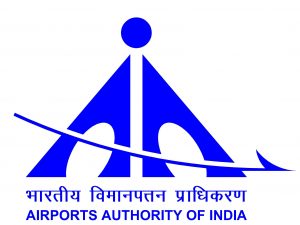 The AAI is planning to monetise 759 acres of land near eight major airports so that private companies are able to establish warehouses, hotels or restaurants, and the money generated is utilised to develop airport infrastructure, a senior official said. AAI has identified land parcels near airports of Kolkata, Amritsar, Bhubaneswar, Jaipur airport, Varanasi, Lucknow, Raipur and Tirupati. “The (aforementioned) land is likely to be leased to any company or organisation for a period of 25-30 years for a fixed annual rental income,” a senior official said. Source: PTI 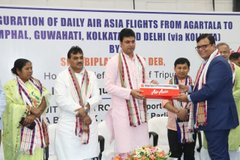 Enhancing its connectivity in the Northeast, AirAsia India has launched flight services to Imphal, Guwahati, Kolkata and Delhi from Agartala, the capital of Tripura. Biplab Kumar Deb, Chief Minister, Tripura flagged off the first AirAsia India flight to Kolkata from the Maharaja Bir Bikram Airport. Sanjay Kumar, COO, AirAsia India informed that 14 flight per week would be operated from the Maharaj Bir Bikram Airport on the Agartala-Kolkata, Agartala-Delhi, Agartala-Guwahati and Agartala-Imphal routes. “We also have plans to extend our service for connecting Agartala with Bengaluru, Chennai and Mumbai. This is our 20th destination in the country,” he further said. On the occasion, he said that air connectivity is very important for the northeastern state. “When SpiceJet had withdrawn their service from the state early this year, we took up the matter with the Union Civil Aviation minister and requested him to take some initiative for more air connectivity with the state,” he said. 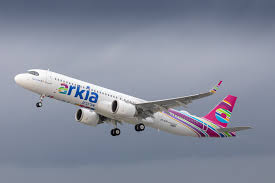 Israeli carrier Arkia Airlines has expanded its network in India with the launch of its flight service to Goa from Tel Aviv. The full-service carrier Arkia has deployed 220-seater Airbus 321 neo plane to service the new route, which will have one flight per week. Goa is the second Indian destination for the West Asian airline after Kochi. “We announce the commencement of one more international flight today from Goa international airport connecting Tel Aviv and Goa,” Airports Authority of India recently commented. 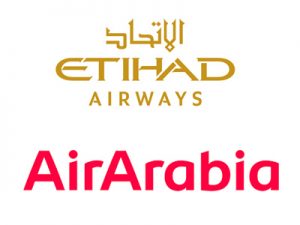 Etihad Aviation Group and Air Arabia, have joined hands to launch a new Low Cost Carrier (LCC), called Air Arabia Abu Dhabi. The new airline would be offering increased budget travel options to travellers going to and from the UAE. Currently Etihad and Air Arabia operate a combined fleet of 162 aircraft, including 109 by the former and 53 by the latter. Air Arabia flies to 170 destinations across 50 countries through its Sharjah, Morocco and Egypt hubs while Etihad flies to 80 destinations. Tony Douglas, group CEO of Etihad Aviation Group, said the carrier will offer passengers a new option for low-cost travel to and from Abu Dhabi. “We look forward to the launch of the new airline in due course,” he said.  Adel Al Ali, group CEO of Air Arabia, said the UAE has developed over the years to become a leading travel and tourism hub and this partnership will further serve the growing low-cost travel segment locally and regionally.”