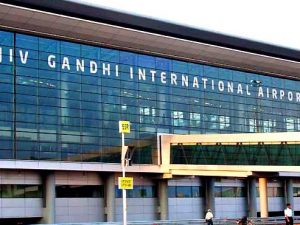 Rajiv Gandhi International Airport has become the first airport in India to launch a start to end paperless e-boarding facility for international passengers. For now, the service has been made available for a few international flights of IndiGo airlines. The airport is already offering a similar facility to domestic passengers flying out of Hyderabad. 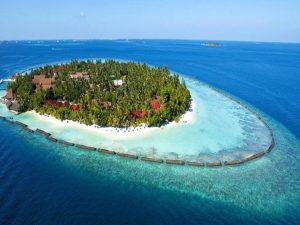 The Ship/Ferry Owners Association in Andaman & Nicobar Islands has requested the government to remove restrictions on flight movements in the region as no tourist movement has picked up despite South Andaman being open for tourism since Sept 27. The administration is currently allowing only 2 flights per day into the islands. In an appeal to home ministry and tourism minister, trade associations IATO and FHRAI have also asked to restart inter-island transport and ferries between islands. 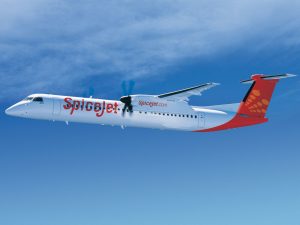 SpiceJet has become the first Indian airline to operate a non-stop flight between Kolkata and Chittagong. It has launched eight new flights to Bangladesh under the air bubble agreement between the two countries, adding Chittagong as its eleventh international destination. It will deploy a mix of its Boeing 737 and Bombardier Q400 aircraft on all these routes. All flights will commence from November 5, 2020. 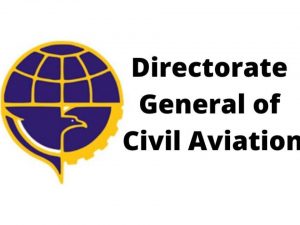 Directorate General of Civil Aviation (DCGA) has approved 60 per cent of the capacity for Indian scheduled operators as directed by MoCA. As many as 12,983 departures per week have been finalised covering 95 airports for the domestic winter schedule effective from 25 October 2020 to 27 March 2021, down by 44.3 per cent from 23,307 departures per week in winter 2019-20. 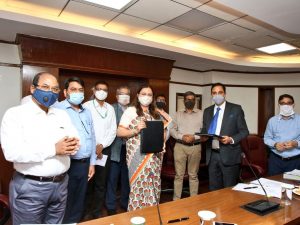 The Adani Group is all set to take over airport operations, management and development at Mangaluru by October 31, Lucknow by November 2 and Ahmedabad by November 11. MoCA has signed MoU with 3 entities of Adani Group for customs, immigration and security. 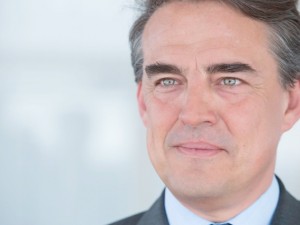 During ITB Asia, Alexandre de Juniac, DG& CEO, IATA, said, “Quarantine measures are killing the industry’s recovery. In August, international travel was still 88% below previous years’ levels. That aligns with 83% of travellers indicating that they will not travel if there is a chance of being quarantined at their destinations.” 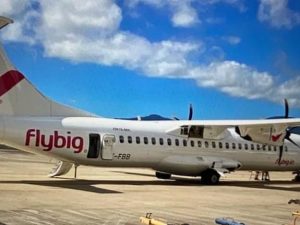 New Indian regional airline, FlyBig is all set to commence operations from 15th November as it decided to make Indore make the base city of operations. DGCA has given its clearance for maintenance setup. FlyBig’s first aircraft has already been imported from Australia. It plans to launch direct flights to Bhopal, Jabalpur and also to northeast under UDAN. 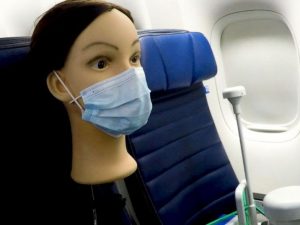 A study conducted by United Airlines and Department of Defense, US says the risk of COVID-19 exposure onboard its aircraft is “virtually non-existent”. It was found that when masks are worn there is only a 0.003% chance particles from a passenger can enter the passenger’s breathing space who is sitting beside them. It indicates that being on board an aircraft is the safest indoor public space, because of the unique configuration inside an aircraft that includes aggressive ventilation, lots of airflow. They ran 300 tests in a little over six months with a mannequin on a United plane. The mannequin was equipped with an aerosol generator that allowed technicians to reproduce breathing and coughing. Each test released 180 million particles – equivalent to the number of particles that would be produced by thousands of coughs. They studied the way the mannequin’s particles moved inside the cabin with a mask on and off. The tests assumed the flight was completely full with technicians placing sensors in seats, galleys, and the jet bridge to represent other passengers on the plane. Last week, the International Air Transport Association (IATA) released new research, saying the risk of contracting the virus on a plane appears to be “in the same category as being struck by lightning.” 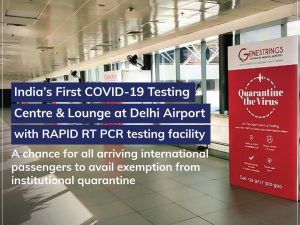 All arriving international passengers, including residents of Delhi-NCR or passengers intending to undertake onward domestic connection, can now avail the COVID-RT PCR testing facility at Delhi Airport and get an exemption from institution quarantine. Quick bookings and rapid results are aimed at making travel experience seamless. 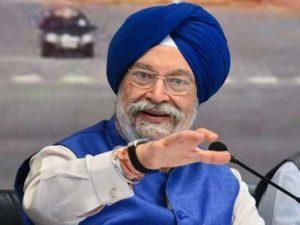