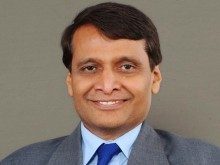 Airport Authority of India (AAI)’s 94 airports incurred losses in the financial year 2017-18, informed Suresh Prabhu, Union Minister for Commerce & Industry and Civil Aviation, in a written reply to a question in Lok Sabha recently.
“The losses are mainly due to low revenue generation to meet the total expenditure of the respective airports,“ said Prabhu while citing the reason. AAI owns and manages 129 airports around the country. He further said that the authority has taken steps to enhance aeronautical revenue in the form of increase in tarrif at non-major airports and measures for commercial exploitation at some airports to increase the revenue and to reduce losses.