ADTOI in talks with Maharashtra for next convention 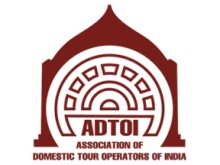 P.P. Khanna, President, Association of Domestic Tour Operators of India (ADTOI) and Rajat Sawhney, VP, ADTOI, recently met with Valsa Nair Singh, Principal Secretary (Tourism & Culture) Govt. of Maharashtra, to discuss about the possibilities of organising ADTOI convention in the state. This was revealed during the ADTOI General House Meeting held in New Delhi. Both sides are listing out the deliverables to take the proposal forward, said Khanna. ADTOI also announced the formation of its various committees and the names of members who will be part of those committees. Khanna also revealed that state governments like Maharashtra, Gujarat, Punjab and Chhattisgarh to organize ‘State Specialist Programme’ for the benefit of members and their frontline staff. Chetan Gupta, General Secretary, ADTOI also informed the members about the study tour organised by Haryana Tourism to Kurukshetra.