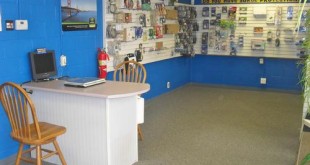 Isra Stapanaseth has been appointed the Director of Tourism Authority of Thailand New Delhi with North & East India, Bangladesh, Bhutan & Nepal as the areas of responsibility. Stapanaseth previously was the TAT Director of Chiang Rai and replaces Runjuan Tongrut who headed North and East India for the past four years. Thailand crossed the one million mark for Indian tourist arrivals in 2015 and registered a total of 1,069,149 arrivals marking a year-on year growth of 14.64 per cent over the same period in 2014, according to data released by the Ministry of Tourism and Sports, Govt. of Thailand. India is Thailand’s sixth biggest source market and the country is aiming for a 10 per cent growth in Indian arrivals in 2016.

Indonesia received approximately 262,000 Indian arrivals in 2015, and are aiming for 350,000 this year, announced H.E. Rizali Wilmar Indrakesuma, Ambassador of Indonesia to India during the U&I Holidays Bali roadshow in New Delhi. The first day of the first ever 5-city roadshow saw the presence of 23 participants from Bali out of which 21 hotel properties, an Indian restaurant and the Bali Zoo were available to interact with guests and give out information. “We are here to promote Bali and to increase awareness about the variety of products Bali is well-known for,” said Shyam Upadhyay, Director, U&I Holidays. He furthered announced that the DMC would be launching their online portal this year. The roadshow began in Delhi on Feb 5, and will go on to Chennai on Feb 8, Bengaluru on Feb 9, Ahmedabad on Feb 11 and Mumbai on Feb 12, respectively.

India is the top international source market for Dubai as per the latest 2015 annual figures revealed by Dubai’s Department of Tourism and Commerce Marketing (Dubai Tourism). With a year-on-year growth of 26 per cent, bringing in over 1.6 million tourists, India was the second fastest growing top 10 source market for Dubai Tourism in 2015. Overall, Dubai attracted more than 14.2 million overnight visitors, recording a strong 7.5% increase over 2014 – double the United Nations World Travel Organisation’s (UNWTO) projected 3-4% global travel growth for the same period. South Asia has been one of the largest regions by volume bringing in 2.3 million visitors reflecting a 21.7% increase versus 2014. His Excellency Helal Saeed Almarri, Director General, Dubai Tourism, said “2015 has been a very strong year for Dubai’s travel sector with double the global industry growth levels firming up our position as the fourth most visited city in the world. South Asia, especially India, has performed phenomenally well. India has always been a key market for us and we believe our efforts to adopt a highly segment-specific approach in cities with the highest connectivity and latent capacity, as well as building stronger trade ties in market with digital travel intermediaries, have yielded results and will continue to enable Dubai capture share of the growing Indian upper middle-class family and business segments. His Excellency Almarri added, “Repeat visitation from Indian travellers remains a priority and as our destination proposition continues to grow and diversify, we are better placed than ever to continually offer visitors more reasons to come back time again, whether for leisure or as part of an ever increasing business and event line-up. We are also seeing …

Switzerland Tourism, Swiss Travel System, and Rail Europe have launched the Swiss Travel Pass Superstar Program 2016 to promote brand awareness and enhance knowledge of various Swiss Travel Passes among the travel agents and tour operators in India. Ritu Sharma, Deputy Director & Media Manager- India, Switzerland Tourism, said, “Swiss Travel Pass Superstar program 2016 is meant for the travel agents and tour operators. It will be a 6 month program in which, every month, agents have to answer 10 questions and also sell maximum number of travel passes to stand a chance to win exciting prizes. Also travel agents will have to upload the number of travel passes being sold by them.  At the end of every month a winner will be announced and at the end of the six months there will be a grand winner. The top 30 performers will win a week long holiday to Switzerland which includes airfares, hotel stay, sightseeing, meals etc.” Sharma revealed this during a roadshow in Mumbai recently. In 2015 the program witnessed around 850 participants and this year Switzerland Tourism along with their partners expects double the number of participants than last year. The Switzerland tourism board also recorded a 21 per cent growth in 2015. The main thrust is to encourage agents to sell more travel passes with longer durations to customers. The minimum number of days is 3-4 and with this program agents are expected to sell travel passes for eight days so people enjoy longer stay in Switzerland. Switzerland tourism along with its partners will be doing training sessions in three other cities including Chandigarh, Delhi and Ahmedabad apart from Mumbai. India is the top source market for …

As per the statistics shared by Mauritius Tourism Promotion Authority (MTPA), 72,145 Indian tourists visited Mauritius in 2015. This is an increase of 18 per cent as compared to 61,167 tourists who visited in 2014. Speaking on this subject, Sanjay Sondhi, CEO, OM Tourism, said that the growth was due to the stupendous efforts of the MTPA India team. He further added “We are looking forward to an even better 2016.” Vivek Anand, Country Manager, said, “We have seen a remarkable rise of Indian footfalls to Mauritius from all target groups i.e. FIT, MICE, Wedding, Families and honeymooners. We expect the numbers to increase by another 20 per cent next year with more weddings and MICE groups visiting Mauritius. We will continue promoting Mauritius as a MICE, Wedding, Honeymoon, Adventure, Golf, Family and Luxury destination in 2016.”

Thailand registered 1,069,149 Indian arrivals to the country between January-December 2015, registering a growth of 14.64 per cent over the same period in 2014, according to data released by the Ministry of Tourism and Sports, Govt. of Thailand. Speaking on the achievement, the Tourism Authority of Thailand (TAT) Governor, Dr Yuthasak Supasorn, said “It was another remarkable year in 2015. The performance endorses the scope and effectiveness of the 2015 Discover Thainess campaign and its success in restoring travel confidence.” He adds that this year, they are targeting a growth of 10 per cent in Indian tourist arrivals and are working towards recording two million Indian arrivals by 2020. TAT recently appointed professional golfer Vani Kapoor as the Thai Golf Ambassador in a bid to promote golf tourism, among other niche segments, in India.  India is the sixth largest source market for Thailand, with China, Malaysia, Japan, Korea and Lao People’s Democratic Republic occupying the top five slots.

Singapore Tourism Board has announced that over 1 million Indian tourists visited Singapore in 2015 marking a year-on-year growth of 7.4 per cent in visitor arrivals. To celebrate this achievement, Singapore Tourism Board surprised all passengers flying to the country with special in-flight celebratory experiences in partnership with  Air India, Jet Airways and Singapore Airlines on December 31, 2015. Chee Pey Chang, Executive Director, South Asia, Middle East and Africa – Singapore Tourism Board, said, “2015 was a landmark year for us as Singapore celebrated its Golden Jubilee. Last year, the Singapore Botanic Gardens was accredited as a UNESCO World Heritage site and the opening of the National Gallery Singapore and Indian Heritage Centre generated great interest among Indian travellers.”

Indonesia received 262,000 Indian tourists in 2015 meeting their target for the year, stated Taufik Nurhidayat, Deputy Director – Office of the Deputy for International Marketing, Ministry of Tourism Indonesia at the sales mission organised by the Visit Indonesia Tourism Officers (VITO) India in New Delhi. He shared that they are targeting 350,000 Indian visitors this year and is optimistic after the recent regulation of a 30-day visa-free entry into Indonesia for Indian tourists. Delegates from the Indonesian Ministry of Tourism will also participate in SATTE as part of their sales mission.

Vienna drew a record number of 40,355 Indians in 2015, accounting for 89,628 overnight stays. While the number of Indians visiting Vienna increased by 49.5 per cent over last year, the number of overnight stays grew by 38.7 per cent, according to Vienna Tourist Board. “We are delighted at the growing number of Indian travellers, largely comprising families, youth, honeymooners and those attending business conferences,” says Isabella Rauter, Vienna Tourist Board’s Head of Public Relations and responsible for media relations with India and Italy. Vienna continued to attract more people with tourist arrivals from around the crossed the 6.6 million mark, representing an increase of 6.1 per cent. The former capital of Habsburg Empire now prepares to welcome Indian travellers in much larger numbers in 2016. According to the data, the growth in Indian visitors to Vienna was among the highest after the Arabic countries and Taiwan. During 2015 overnight stays crossed the 14 million mark for the first time, representing a healthy 5.9 per cent increase of over previous year.

Namaste Turkey has launched a brochure for 2016-17 comprising of 48 pages and includes over 15 unique itineraries for Turkey and combination of Turkey & Greece. These programmes are commissionable to the travel agents and tour operators at 10 per cent. Subhash Motwani, Director, Namaste Turkey, who was recently in Cappadocia to forge an alliance with key partners, is optimistic that Turkey will be doing exceptionally well in 2016, given that Turkish Airlines has excellent connectivity to Europe, US and Africa and with a valid Schengen, UK or US or OECD country visa, you can get a Turkey visa online instantly. Namaste Turkey has also introduced for the first time eight-day full board cruises from Bodrum and Marmaris with guaranteed departures from May until October 2016. This too is commissionable to travel agents and tour operators.