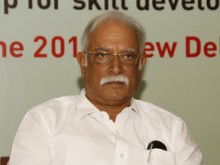 The Civil Aviation Ministry is all set for a green makeover and has thus planned 146 MW of solar-power generation at airports, with 30 MW already in the pipeline. Ashok Gajapathi Raju, Union Minister of Civil Aviation, has reviewed the progress of energy and water conservation measures at Airports Authority of India (AAI) airports across the country. The important review meeting was attended by Jayant Sinha, Minister of State, Civil Aviation and Secretary of the Department, besides Chairperson AAI and other senior officers. Airport Directors of 12 important airports also attended the deliberations so that they could be sensitized to implement these initiatives at their respective airports. AAI has already installed solar power plants at 16 airports with a total capacity of 5.4 MW. So far, 51 lakh energy units have been generated from these plants leading to a reduction of 4,600 metric tonnes in carbon emissions. By December 2016, additional 24.1 MW of solar power plants will become operational at 11 more airports. Infact, the perspective plan of AAI targets augmenting the solar power generation to 116 MW by including 16 more airports. During the meeting, the Airport Director, Jaipur dwelled at length on the energy conservation measures recently undertaken at the airport. These include maximum use of LED lighting, installation of efficient air-conditioning equipment, provision of energy efficient pumps and motors, a roof top solar power plant of 1 MW capacity and a 1.8 MW ground-based solar power plant under implementation. All Airport directors were encouraged to adopt similar initiatives, some of which have a payback period of as low as two years. The status and scope of water conservation, water-recycling and sewage treatment plants at the airports was also deliberated upon. AAI is already using re-cycled water for horticulture, fire-fighting and air-conditioning requirements at several airports. The Union Minister directed the Chairman AAI to provide similar infrastructure at all airports under his jurisdiction.It may be recalled that in June 2016, the Ministry of Civil Aviation and the AAI were honored with the National Excellence Awards 2016 by Govt of India in Ministry and PSU category respectively for taking outstanding steps towards use and promotion of solar energy. Raju appreciated the efforts of AAI and conveyed that not only should our airports be self-sufficient in energy and water requirements, but we should now look at feeding power to the national grid as we have sufficient open spaces available. He also directed that an airport-wise action plan on both energy and water conservation should be developed by AAI within one month. Sh. Jayant Sinha also appreciated the efforts at Jaipur airport and advised AAI to go ahead with its ambitious program in a structured. 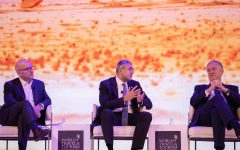