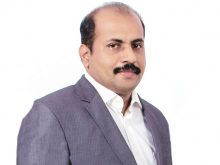 P. K. Anish Kumar, President, ATTOI, was quite disappointed with the GST announcement. “Most of the foreign travellers have concerns regarding safety, security, cleanliness in India and thus choose 4 or 5 star hotels to stay in. This does not mean they are rich but prefer safe, quality accommodation. Now with 28 per cent tax on hotels and 5 per cent GST to be paid by agents kills the industry as the effective tax to be paid will be 33 per cent. How will we compete with destinations like Hong Kong ,which has no tax on hospitality industry? Earlier tax in Kerala was 19 per cent even on 4 and 5 star hotels and now competitiveness of the industry is thrown off with direct 28 per cent. A houseboat in Kerala costs above Rs. 6000 and the tax will deter the USP of the destination. India will not be seen as a long haul destination any more as packages will become shorter due to the expenses to be incurred by the foreign tourists. Tourism has to be seen as an employment and revenue generator and government’s approach to penalise tourists and earn money from them will ruin the tourism industry overall,” he claimed.