Sending out a strong message that tourism in the flood-battered Kerala will be back on the rails in double-quick time, Kerala Travel Mart (KTM) will hold its biennial meet in Kochi from September 27-30. Being held in the wake of the devastating floods, the tenth edition of KTM will focus on measures that would lead to a strong resurgence of tourism, which is the mainstay of Kerala’s economy.
The inaugural session of the four-day event, being organised by the KTM Society in association with the state tourism department, will be held at Grand Hyatt Kochi Bolgatty on September 27. In the next three days, a series of buyer-seller meets, seminars and policy deliberations will take place at Samudrika and Sagara Convention Centre at the Willingdon Island.
“The response to this edition of KTM has been overwhelming with 395 overseas buyers and 1,095 domestic buyers having registered as participants. The complete list of participants for the buyer-seller meet will be released on September 10,” said Baby Mathew, President, KTM Society.
KTM will serve as a strong platform to showcase its time-tested as well as new products of Kerala. The new products launched by the state government like the Malabar River Cruise project, focusing on nine rivers in north Kerala, will be showcased before the delegates. 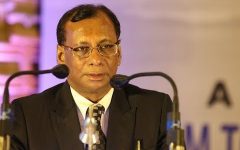