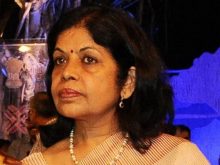 Tourism Secretary Rashmi Verma announced that in May the ministry witnessed a 19 per cent increase in inbound tourist numbers despite it being peak summer. She informed that MOT has created a GST cell two days ago to address the industry issues. “We want to handhold the industry through the transition from current tax regime to the new GST regime and solve any hurdles through this,” she said. The much-awaited National Tourism policy would most probably be released before World Tourism Day commemorated on September 27, she added. Verma said that the Prime Minister’s Office and Cabinet had suggested some changes in the draft policy which have been incorporated and will releasing it soon. This was revealed during a special session on GST organised by the Indian Association of Tour Operators (IATO) for its members, which was attended by members from Central Board of Excise & Customs, Govt. of India. The government officials addressed the issues related to tour operators and explained to them the intricacies of the GST regime and how would it affect them. The event was also a farewell from IATO to former secretary tourism Vinod Zutshi, where they also welcomed the new secretary Rashmi Verma.