Around 32 Foreign Tour Operators from 12 countries, and 10 corporates attended the first edition of Global MICE Travel Mart (GMTM). In all, 42 buyers and 27 sellers were in attendance. The next edition of GMTM will be held in July 2017, announced Dr. Jyotsna Suri, Immediate Past President, FICCI, and Chairperson, FICCI Tourism Committee at the inauguration of the 1st edition of Global MICE Travel Mart. Organised by FICCI in association with the Ministry of Tourism (MOT) and India Convention Promotion Bureau (ICPB), the mart is being held from May 19-21 2016 at The Lalit, New Delhi. Dr Suri said that the conference is a step towards promoting India as a MICE destination and will be held annually here onwards. The FICCI-MRSS report on ‘India Inbound MICE Tourism – Trends and Opportunities’ was released during inaugural session where Dr A Didar Singh, Secretary General, FICCI, Chander Mansharami, Vice Chairman – ICPB, Suman Billa, Joint Secretary, MOT and Rahul Chakravarty, Director & Head – Tourism, FICCI, spoke about MICE tourism in India. A panel discussion on ‘Furthering MICE Tourism into India – Rejuvenating the Roadmap’ with several well-known industry professionals followed after.

As revealed by Ministry of Tourism, India witnessed a 10.7 per cent growth in FTAs in April, 2016 over the same period in 2015. The total number of FTAs during April, 2016 was recorded at 5.99 lakh, which is higher than the total number of FTAs in April, 2015 and April 2014, where the numbers were recorded as 5.42 lakh and 5.35 lakh foreign tourists respectively. Bangladesh accounted for the highest percentage share in foreign tourist arrivals (FTAs) into India with 18.09 per cent during the month of April 2016. Among the top 15 source countries, USA was ranked second with 12.24 per cent share, followed by the UK with 9.58 per cent share, making Bangladesh, USA and UK, the top three source markets for India in April 2016. The percentage share of FTAs from other source markets like Sri Lanka was 3.71 percent; Malaysia was 3.23 per cent; China was 3.14 per cent; Australia was 3.05 per cent; Germany was 3.02 per cent; France 2.86 per cent; Canada was 2.83 per cent; Russian Federation was 2.81; Japan was 2.50 per cent, Nepal was 2.07 per cent; Singapore was 1.85 per cent and Thailand was 1.61 per cent.

Oman received 299,022 Indian arrivals last year recording 17 per cent growth in 2015 over 2014. Oman’s National Centre for Statistics and Information (NCSI) released the figures from India which highlight an increase in inbound numbers. The statistics also reflect a growth of 60 per cent in Indian arrivals to Oman in the last five years. Lubaina Sheerazi, India Representative, Ministry of Tourism, Oman, said, “The increase is very encouraging and reflects all the hard work we have put in promoting and marketing the destination in India. Since 2014, we started promoting Oman as an ideal wedding destination for Indians as Muscat is close to India. Our efforts were rewarded as we witnessed several large-scale weddings take place in the last two years. Many Indians are now visiting Oman for destination weddings. MICE has also seen an increase and to attract more MICE activities this year, our efforts are aimed at increasing interactions with tour operators and corporates.”

The much awaited National Tourism Policy is in anticipation of Cabinet approval, says Dr. Mahesh Sharma, Minister of State (IC) for Tourism and Culture, and Minister of State for Civil Aviation. “Draft is ready and it has got approval of all concerned ministries. It will go to the Cabinet now for its approval. After Cabinet approval it will be effective. We are expecting it will be done very soon,” Sharma was quoted as saying by PTI.  The new policy aims to cash in on the tourist wanderlust to increase India’s share in international tourist arrivals from the current measly 0.68 per cent to 1 per cent by 2020. (Source: PTI) 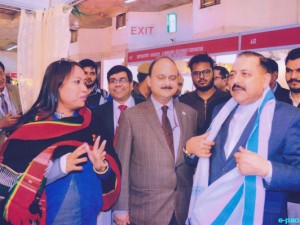 The Ministry of Tourism (MOT) launched a “Swachh Parayantan Mobile App” to flag issues related to cleanliness in and around tourist sites. To start with, 25 Adarsh Smarak Monuments protected by Archaeological Survey of India (ASI) have been identified for inclusion in the App. The application would be scaled up to include more monuments as the campaign expands.  Dr. Mahesh Sharma, Minister of State (I/C) for Tourism & Culture and Minister of State for Civil Aviation, inaugurated the App in the presence of Vinod Zutshi, Sectretary-Tourism, MOT, Sanjeev Ranjan, Additional Secretary-Tourism, MOT, Suman Billa, Joint Secretary, MOT, Dr. R K Bhatnagar, ADG, MoR, Umang Narula, CMD, ITDC, among others. Addressing on the occasion, Dr. Sharma said that since the general public and the tourists are the largest stakeholders in keeping the monuments clean, the Ministry of Tourism has decided to facilitate the general public to communicate their complaints about any unclean area/garbage piles in and around tourist destinations. Hence as a part thereof, the Ministry of Tourism is launching this Mobile App. He opined that till all stakeholders don’t contribute, such project will not succeed. This mobile App enables a citizen to take photograph of garbage at the monument and upload the same along with his/her remarks. The application then sends an SMS to the ASI Nodal Officer concerned with the monument upon receipt of which the Nodal Officer gets the garbage cleared/removed. The Nodal Officer thereafter sends confirmation about the redressal of the complaint through an SMS to the complainant.

Indonesia in talks with AirAsia, Garuda for direct connectivity to India 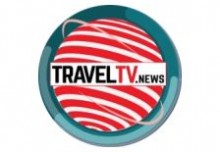 Indonesia is keen on increasing flight frequency to India and is in talks with AirAsia and Garuda Indoensia for the same. Saut Siringoringo, Consul General, Consulate General of the Republic of Indonesia, revealed that Indonesia expects to have good connectivity to India and will soon be operating direct flights from India. It has been in discussions with various airlines for increasing flights to India. He said, “The Ministry of Tourism will probably appoint AirAsia for direct flights to India, but there is a possibility of other airlines as well, like Garuda Indonesia.” He added that the Indonesian Minister of Transportation attended the ‘Make In India Week’ in Mumbai and analysed the prospects of direct connectivity. Indonesia recently held its own two-city roadshow in Chennai and Mumbai in mid-February. He says, “We have a lot of travel agents from Indonesia participating in the roadshow besides the Indian travel agents. The Ministry of Tourism came from Jakarta to showcase Indonesia in India for this. We chose Chennai because Medan, which is the capital of North Sumatra, has a town named Madras where people of Indian origin reside so there is a deep link between these cities. Many people from Tamil Nadu or Karnataka fly to Medan for this reason. This is why Chennai is important as a market. We also have our Indonesian Travel Provision Centre (ITPC) there along with our Honorary Consulate in Chennai.”

The total turnover of India Tourism Development Corporation (ITDC) in quarter ending December 2015 stood at Rs.123.85 crore. The public sector undertaking under the aegis of the Ministry of Tourism (MOT), registered operating profit at Rs 17.26 crore and Net Profit Before Tax (PBT) at Rs 2.54 crore in last quarter Oct-Dec, 2015-16. In first three quarters of 2015-16, the company has registered a turnover of Rs 329.72 crore, while the operating profit was registered at Rs 25.76 crore and net profit at Rs 6.83 crore. These details were announced in the Board of Directors’ meeting of the company on February 12, 2016, at the Group’s flagship hotel, The Ashok, New Delhi. 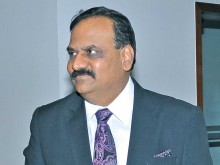 The Ministry of Tourism (MOT) has been allocating 15-20 per cent of their budget every year to the North East region, crossing the earmarked 10 per cent by the government, said Suman Billa, Joint Secretary – Tourism, Govt. of India at the ‘Destination North East 2016’ meet. He said, MOT is also planning to organise a major Investment Summit around June-July. How to drive private investment into the Northeastern states to further the participation of private sector and help encourage growth will be one of the main components of the summit, he said. The event was organised by the Ministry of Development of North-Eastern Region (DoNER) and the Ministry of Culture.