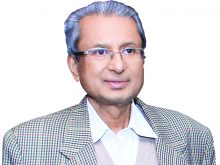 Pronab Sarkar, President, IATO, expresses his discontent over the Union Budget 2018, saying there was nothing in it for tourism. “The Union Budget 2018 has nothing to offer to the tourism industry. We are not happy as there was no relief from double taxation in GST which was our major concern. Even after focusing on job creation, the government has ignored that tourism could be a major facilitator for job creation. Under GST Goods and services should be under the same purview. Since there is no respite from cascading taxation, India would remain a costlier destination than its neighbouring countries for tourists. The only positive is the focus on infrastructure, wherein they have introduced sea planes, 99 smart cities, 10 new destinations, enhanced experience at 110 Adarsh monuments, airport expansion, etc. Also, Corporate Tax of 25 per cent is extended to companies with turnover up to Rs. 250 crore in financial year 2016-17. Earlier, this was for companies with turnover of Rs. 50 crore. Even road and rail transport have got an increased budget. However, businesswise there is no change,” Sarkar said.