Bengaluru airport gets 2nd runway, first in the country to operate parallel runways

The Kempegowda International Airport has commenced operations on the new South Runway with the landing of the first flight on the 4,000-metres long and 45-metres wide airstrip. The South Runway will begin with limited landings and take offs before gradually scaling up flight operations. This makes the BLR Airport the first in the country to operate independent parallel runways, enabling aircraft to land or take-off simultaneously on both runways.

Lufthansa and Vistara has started offering its customers codeshare flights. This new partnership will add 126 weekly flights to ten key Indian cities. This will be in addition to Lufthansa’s current schedule of 56 weekly international flights to and from the major Indian hubs of Delhi, Mumbai, Bangalore and Chennai with aircraft like the Airbus A350. It is planned to subsequently add more destinations of Vistara’s network under the umbrella of the codeshare agreement in 2020 and beyond. Connecting Vistara‘s strong domestic network with Lufthansa‘s global reach gives European airline customers immediate access to many more Indian cities than ever before. At the same time this partnership offers customers from ten key Indian cities like Kolkata, Goa and Pune unlimited access to the Lufthansa Group’s worldwide network, including top-tier destinations in Europe, Canada and the United States. Further, Lufthansa and Vistara are in the final stages on enabling customers being able to earn miles flying Vistara or Lufthansa. Vistara joins Air India as the second Indian airline having a codeshare agreement with Lufthansa. George Ettiyil, Senior Director Sales for the Lufthansa Group Airlines in South Asia emphasises the strategic importance of taking the existing interline agreement with Vistara to the next level. “This marks Lufthansa’s commitment to offering its Indian customers world-class international travel experiences and will enable them to use their preferred mileage program on codeshare routes. By teaming up with Vistara, we will strengthen and expand our position as the leading and most popular European airline in India – a country all set to become the third-largest aviation market in just a few years’ time.“ 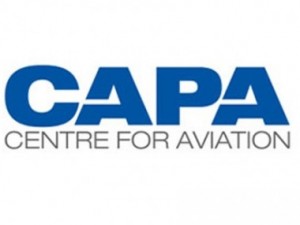 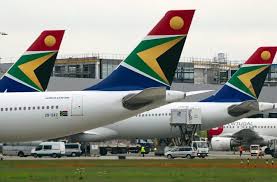 South Africa is going to place its state-owned flag carrier, South African Airlines into a local form of bankruptcy protection in a last-ditch effort to avert a full collapse. The airline has incurred huge losses and has availed state bailouts as well in last 10 years. The airline will now work on a bankruptcy alternative to avoid closure. The airline is the first South African state company to enter business rescue since the end of the apartheid in 1994. The South African Airlines, which also owns Mango, a budget carrier, and has stakes in local airlines of South Africa, has struggled to compete internationally with resurgent African state-owned rivals. It has been unable to release financial results for the past two years. 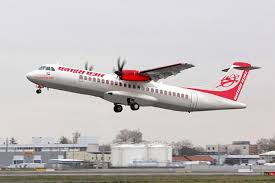 Alliance Air flights will connect Guwahati-Dimapur & Dimapur-Imphal from December 7, 2019, revealed Hardeep Singh Puri, Union Civil Aviation Minister. The Guwahati-Dimapur flight will be twice-a-week, while the Dimapur-Imphal flight will operate thrice-a-week. He further mentioned that the new connection would enhance aviation connectivity to prominent cities of Northeast region. “Instead of the nearly seven hour bus ride between Guwahati & Dimapur, people can now fly between the cities in just 50 minutes. I will also provide connectivity with Imphal for the first time,” read his Tweet.

In a bid to boost untapped tourism in the state, MP Tourism will be organising a new festival in Orchha to celebrate cultural diversity, natural beauty and architectural heritage in the state. The Madhya Pradesh Government has identified tourism as one of the leading sectors for development and will be taking multiple initiatives to promote the state for both domestic and international travellers. The festival will showcase Madhya Pradesh in Orchha bringing it alive with music, dance, heritage tours, workshops, local cuisine, arts and handicrafts.

Dushanbe-Delhi direct on Somon Air; flying time to Tajikistan down from 10 hrs to 2.5 hrs 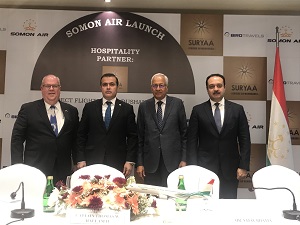 Somon Air has started regular non-stop once-a-week flights from Dushanbe (Tajikistan) to Delhi. The new direct service will reduce the flying time between the two destinations to 2.5 hours from 10-12 hours. The flight currently flies on Sunday, and a second frequency will be added on Wednesday soon and would eventually be increased to thrice-a-week service. The flights are operated by a Boeing 737 aircraft. Speaking at the launch, Hallam, said, “India is a potential market and we are hoping that Indians discover the tourism potential of Tajikistan, which is a destination that will appeal to Indians a lot.” 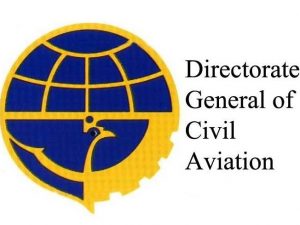 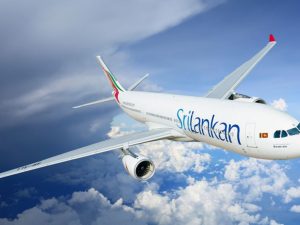 SriLankan Airlines has commenced a code-shared, non-stop service between Toronto and Delhi with Air India, providing seamless connection to Colombo. Flights will operate on Wednesdays, Fridays and Sundays both to and from Toronto. The Delhi-Toronto flight AI187 will have the UL code UL3640; while the Toronto-Delhi flight AI188 will have the code UL3641. Travellers can now book their entire journey from Sri Lanka to Canada in one go , which they were unable to do earlier. The non-stop flight from Toronto’s Lester B. Pearson International Airport to New Delhi’s Indira Gandhi International Airport is supported by rapid connectivity to Colombo with connection times of just 4 hours for Colombo-Delhi-Toronto and 6 hours for Toronto-Delhi-Colombo. SriLankan and Air India currently codeshare on each other’s flights to a large number of destinations in South Asia, the Far East and the Indian Ocean region. 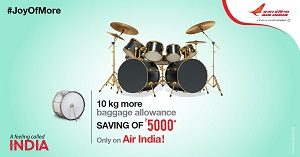 Air India in a recent announcement has said that the airline now allows 10 kg more bag allowance on all its domestic flights where the fliers can save up to Rs 5000. Earlier, 15 kg were allowed on the domestic sector. This has brought huge respite to domestic fliers. In other announcement, Alliance Air has also started Hyderabad-Hubli flights under UDAN.